Legal Guidance for Claims Based on Injuries Caused by Essure 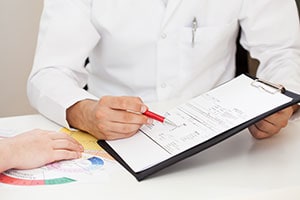 Claims have been filed against Bayer for knowing of the problems related to Essure and failing to adequately warn of the risks of Essure. If you have experienced significant chronic pelvic pain and heavy abnormal bleeding, or other problems due to the use of Essure, you should call the experienced Essure injury lawyers at Moll Law Group. In addition to filing product liability claims related to Essure and other medical devices, we stay up to date on issues related to the duration of Essure.

Can Essure be Reversed?

Essure was marketed as a permanent form of sterilization that cannot be reversed. Bayer marketed it as the only permanent birth control with a non-surgical procedure. It involves putting small metal and fiber coils inside the fallopian tubes for the purpose of generating scar tissue to stop sperm from getting to the egg. It was intended to be permanent. According to the Mayo Clinic, it cannot be reversed.

However, it takes 3-6 months for the system to stop a pregnancy, depending on the formation of scar tissue. During that window, it might be possible to reverse Essure, depending on the individual patient. Bayer announced that it would stop production of Essure at the end of 2018. However, some doctors have been working on how to remove the implanted coils without fragmentation of them, and still others are trying to figure out how to get the procedure reversed entirely to restore fertility.

Essure was marketed as a form of permanent birth control. It did not require a surgical incision but instead worked through the creation of scar tissue. The scar tissue that it created was intended to create a permanent form of birth control. The insert is supposed to be put in place permanently. However, Essure's Instructions for Use and Patient Information Booklet also include information about removing the device. The instructions state that doctors should use imaging to confirm where the coils are before trying to take them out by using one of the several surgical approaches used to remove them.

Sometimes, after imaging, doctors use a hysteroscope inserted through the vagina in order to remove the coils. However, removal may not be possible this way. An alternative is a salpingotomy, in which the fallopian tubes are cut. Other surgical methods are salpingectomy or cornual resection via a laparoscopic procedure.

Can I get Essure Removed?

Thousands of women who have had Essure placed have reported adverse events. Risks may include pelvic pain, allergic reactions, infections, heavy periods, perforation of the fallopian tubes or uterus, or shifting of the coils to other locations within the abdominal cavity. Some doctors are advertising that they can restore fertility after removing Essure coils. However, one doctor has reviewed 400-500 cases in which there were complications related to Essure removal. She has stated that there are many doctors who make mistakes when trying to remove Essure coils, and it is not clear how many doctors know how to safely remove the device. The coils are very difficult to remove. Sometimes doctors accidentally break the coils when trying to remove them, and the result is that pieces migrate to other body parts and perforate the organs. Even a tiny fragment left behind can cause harm. Complications of an improper removal can include sepsis. Some women have undergone a complete hysterectomy to get the device removed.

More than 27,000 serious adverse events have been reported to the FDA. These adverse events include abnormal bleeding, organ perforation, and chronic pain. They also include migration of the device to another part of the body. A sign that something is wrong is heavy bleeding and back pain. Sometimes when coils drop or roll into other places, they can cause these types of symptoms. In one case, a woman's pelvic X-ray showed that there were foreign elements from the coils that had moved throughout the abdomen.

Bayer has said that it will stop selling Essure at the end of 2018, but this may not be much comfort to people who already have received an Essure implant. Many of the surgical approaches used to remove Essure and to try to reverse the procedure are also very risky. You may be able to recover damages by bringing a product liability lawsuit. Moll Law Group is a Chicago-based product liability firm that is familiar with Essure and the efforts to have the procedure reversed. Contact us at 312.462.1700 or via our online form.