Advocates for Victims of Human Trafficking 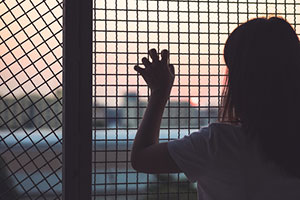 Human trafficking can be challenging to detect and often goes unreported. Thousands of people are forced into conditions that can be considered modern-day slavery. It is estimated that human trafficking brings in about $32 billion each year in the U.S. and $150 billion around the world. Some of the most common victims are migrant laborers, children in the juvenile justice system, runaways, unaccompanied children, foreign national domestic workers, people with disabilities, people with limited English proficiency, LGBTQ people, and people with low literacy. If you were a victim of human trafficking, you may be able to recover substantial damages. You should consult the human trafficking litigation lawyers at Moll Law Group.

Human trafficking occurs when someone is placed under another party’s control for labor or sex. It is a fast-growing criminal enterprise in the U.S., and often people who traffic in humans are held accountable through the criminal justice system. However, criminal cases are pursued on behalf of the government, and they may not rectify conditions for a victim of trafficking. A victim may obtain recourse through the civil court system. Human trafficking occurs in a range of industries, including caregiving, construction, agriculture, domestic work, drug smuggling, hospitality, carnivals, janitorial services, massage parlors, prostitution, restaurants, salons, and traveling sales. Victims may come from many different racial and socioeconomic backgrounds.

Trafficking often happens in plain sight in certain industries. For example, sex trafficking involving escorts or solicitation often takes place in hotels or motels. Hotels and motels provide privacy in which victims can receive customers for sex or in which a trafficker can send a victim to a room that a customer has rented to have sex. There are various signs of sex trafficking that hotel and motel workers should recognize, such as hotel guests who lack freedom of movement, avoid eye contact, refuse room service, receive constant foot traffic from many different people, use side entrances, wear revealing clothing, lack control over money or identification, or show signs of physical or emotional abuse. It may be possible to hold a hotel or motel accountable with the assistance of a human trafficking litigation attorney if the hotel or motel failed to identify trafficking or failed to have a protocol in place for what employees should do if they suspect trafficking.

Often, trafficking occurs at truck stops as well because these are places that are out of the way. They are geographically isolated, which reduces the possibility that law enforcement officers will interfere or that victims will be able to escape. Truck stops should prevent sex trafficking from happening on their premises. If they do not implement appropriate training and protocols, they may be held accountable.

Federal laws prohibit human trafficking and allow victims of trafficking to recover damages in civil court. The Trafficking Victims Protection Act was the first comprehensive law to penalize human trafficking crimes. A civil cause of action was added to this law in 2003. Under 18 U.S.C. § 1595, trafficking victims can sue their traffickers for monetary damages in federal court.

Retain an Experienced Attorney to Assert Your Rights

If you were harmed by human trafficking, you should consider bringing a civil lawsuit to pursue compensation and justice. Moll Law Group is a Chicago-based law firm that is committed to asserting the rights of victims. Call us at 312.462.1700 or use our online form to set up a free consultation with a human trafficking litigation attorney.