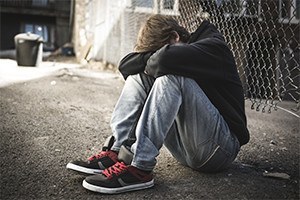 Suicides are tragic but not always unforeseeable. Each person is responsible for his or her own actions, unless there is a special relationship between different parties. However, in some cases, there may be facts that result in a heightened duty of care or foreseeability, and a Chicago suicide lawyer may be able to help a family seek compensation. At Moll Law Group, our wrongful death lawyers are available to evaluate the facts surrounding a particular suicide to determine whether it is appropriate to file a wrongful death claim after a loved one dies.

Pursuing Compensation for a Suicide

Under the Illinois Wrongful Death Act, when someone's wrongful act, default, or neglect would have entitled the decedent to a claim against that party, that person or entity may be held liable. In order to succeed in a claim, you will need to establish that the wrongful act, neglect, or default caused an injury that resulted in the victim’s death.

In 2015, the Illinois Supreme Court decided not to create a tort cause of action for wrongful death in most suicide cases. In that case, a plaintiff and the decedent, as well as their children, had entered into an apartment lease and received a 30-day eviction notice 10 days into the lease. They subsequently received other pressure to move. Demolition began on the apartment, and five days later, the decedent committed suicide. Among other things, the plaintiff sued the landlord for wrongful death and survival claims.

The trial court dismissed the case on the basis that there was no cause of action in Illinois for wrongful death by suicide as a matter of law. The appellate court reversed, but the Illinois Supreme Court reversed on the basis that the suicide was not foreseeable. However, the Court noted that in some cases a suicide may be the foreseeable result of tortious conduct, rather than an unforeseeable independent action that breaks the causal chain of events.

In order for a wrongful death claim based on suicide to survive in Illinois, it will need to proceed through an analysis of whether the suicide was the type of injury that was reasonably likely to result from the defendant's actions. A suicide attorney can assist Chicago residents with gathering evidence to show foreseeability. In most lawsuits around the country, courts have looked at the potential liability of health care professionals, psychiatrists, or school districts after someone commits suicide.

Each state has its own rules about whether a wrongful death claim may be brought after a suicide. In some states, a suicide is a wrongful death caused by the defendant if the defendant owed a special duty of care toward the victim, and his or her negligence was a substantial factor in causing the suicide. For example, in Maryland, a court has held that school counselors owe a duty to use reasonable means to attempt to prevent a suicide when they are on notice of a child’s or an adolescent student's suicide attempt. In states like California, however, a claim may be based on extreme ridicule or bullying that causes severe emotional distress, resulting in a suicide.

Consult a Knowledgeable Suicide Lawyer in the Chicago Area

The Chicago suicide attorneys at Moll Law Group are available to help you pursue compensation for your loved one’s untimely passing. We represent injured individuals in Naperville, Schaumburg, Wheaton, and communities throughout Cook County. Billions of dollars have been recovered in cases in which we were involved. Call us at 312-462-1700 or use our online form to set up a free consultation with an injury attorney.