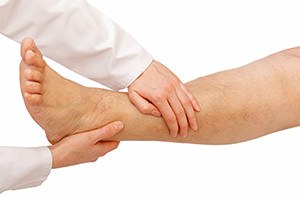 We trust doctors to accurately diagnose our medical conditions and then properly treat us. Unfortunately, it is all too common for doctors to fail to accurately diagnose deep vein thrombosis (DVT). Deep vein thrombosis (DVT) occurs when a blood clot (thrombus) forms in one or more of the deep veins in your body, usually in your legs. Deep vein thrombosis can cause leg pain or swelling, but may occur without any symptoms. It can result in serious health complications or even death. You should consult a Chicago DVT misdiagnosis lawyer if your doctor failed to diagnose DVT in a loved one or you. The experienced medical malpractice lawyers at Moll Law Group are available to bring a lawsuit on your behalf.

Failure to Diagnose DVT Can Cause Serious Injuries

DVT involves a blood clot that forms in the deep veins of the abdomen, pelvis, or legs. Once formed, the clot may restrict blood flow, causing pain and swelling. In some cases, a part of the clot breaks away and travels to the lungs, lodging there and causing a pulmonary embolism. It can occur during or after surgery or another prolonged period without activity. Other risk factors for DVT include pregnancy, obesity, smoking, kidney problems, or advanced age.

Prior to surgery, doctors should evaluate the risk of DVT developing. When there is a high risk, a doctor will prescribe anticoagulants. If a patient is showing signs of DVT, a doctor should perform a differential diagnosis to determine whether the patient has DVT. A differential diagnosis involves weighing the likelihood that a patient has one disease or condition as opposed to others. The first step is to list all of the possible diagnoses related to a patient's symptoms. The doctor is then supposed to test each possible diagnosis. Although DVT is difficult to diagnose, recognizing it and treating it can save a life.

The standard of care must usually be established by an expert who will take into account factors such as the particular patient's age, gender, and risk factors, as well as the different diagnoses suggested by the symptoms with which the patient presented. The expert will need to testify as to what the doctor should have done in order to correctly diagnose DVT.

A doctor may be held liable for damages to a patient if the harm arising out of the failure to diagnose DVT was preventable. As a defense, a doctor might argue that even if a particular test for DVT had been conducted at the time a patient came in for treatment, it would have been too late to stop the pulmonary embolism and prevent harm to the patient. If the doctor is able to establish this, it will negate the element of causation. However, if you are able to establish that a failure to diagnose DVT was medical malpractice, you may recover compensation for your economic and noneconomic losses. If the failure to diagnose DVT resulted in a tragic death, the patient’s loved ones may be able to recover wrongful death damages.

If you are harmed due to a doctor's failure to diagnose DVT, the Chicago DVT misdiagnosis lawyers at Moll Law Group are available to pursue a case on your behalf. We represent injured patients in Naperville, Schaumburg, Wheaton, and communities throughout Cook County. Billions of dollars have been recovered in cases in which we have been involved. Call us at 312-462-1700 or contact us online for a free consultation with a personal injury or wrongful death attorney.