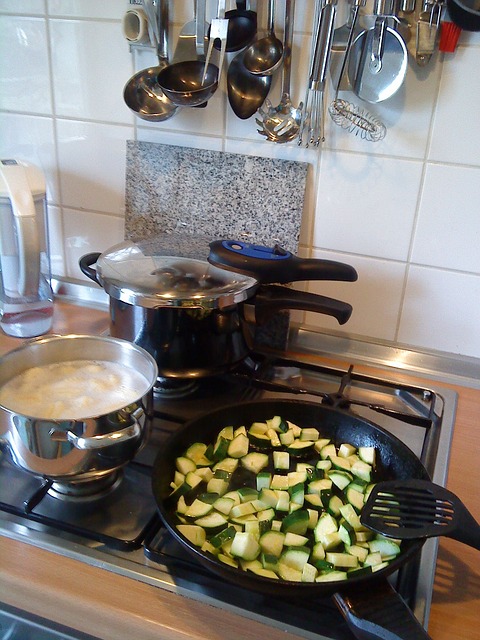 Last year, a woman who was trying to make beans in a Crock-Pot 6-Quart Express Crock Multi-Cooker pressure cooker was left with second and third-degree burns on her arms, chest, and face. She reported that the way the pressure cooker was sitting, it hit the cupboard and flew across the kitchen. Hot liquid exploded everywhere. The accident happened quickly, so that there was no time to protect herself. She reported that the pain was unlike anything she had ever experienced before. The pressure cooker was later recalled, model number SCCPPC600-V1. At the Moll Law Group, our seasoned Chicago pressure cooker lawyers may be able to help you recover damages in a lawsuit if you are harmed by the explosion of a defective product in the kitchen.

After the explosion, the woman’s mother called 911. Her recovery took more than a year. In that time period, doctors needed to use five square feet of cadaver skin grafts to treat the burned regions.

The Consumer Product Safety Commission (CPSC) explained that a cooker may pressurize when the lid isn’t completely locked. This can result in the lid separating from the device and flying off. When there’s hot liquid inside, it presents a serious burn risk. The CPSC received 119 reports that the lid had detached; these incidents caused 99 burn injuries, ranging in severity to third-degree burns. Disturbingly, customer reviews also specified this issue.

The recalled model for the pressure cooker was made July 1, 2017 – October 1, 2018. The parent company for the brand is Sunbeam Products. Anybody who has this type of pressure has been asked to stop using it immediately in pressure cooker mode.

In order to establish that you are entitled to damages after a pressure cooker explosion, there are different theories we may assert, depending on the state’s laws. One of these is strict liability. To establish strict liability, our lawyers would need to prove: (1) there was an actionable defect and (2) it caused your injuries.

When our attorneys are able to establish the liability of a pressure cooker manufacturer, we may be able to recover compensatory damages for burns. These are damages intended to put you back in the position you would have been in had you not sustained serious burns. They can include medical bills, lost wages, lost earning capacity, pain and suffering, mental anguish, loss of enjoyment, and loss of consortium.

If we are able to show the manufacturer knew about the risk of these serious, life-changing burns, and yet continued to sell the product, we may be able to recover punitive damages, which are intended to punish a manufacturer whose conduct was egregious and deter similar wrongdoing.

If you were burned or a loved one was killed by a defective pressure cooker, you should talk to the experienced Chicago product liability lawyers of the Moll Law Group. We represent clients all over the country. Contact us online or call us at 312.462.0427.