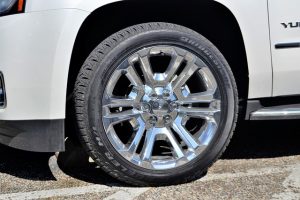 In order to participate in the CPSC’s fast track process, a company needs to be ready to put in place a corrective action plan. This includes a consumer-level recall, such as a replacement, repair, or refund. It needs to be within 20 working days of the initial report of the defect to the CPSC. Sale and distribution of the utility vehicle must stop. In this case, the Kubota was sold around the country from April 2013 through September 2021 for between $21,300 and $22,950.

In order to figure out whether your vehicle was affected, you should check the model number on the data plate on the side of the unit. The recent recall concerns the base model Kubota RTV-X1100C Utility Vehicle. Certain models that have been recalled may include an additional letter after the “C” in the model number. Serial numbers run from 10001 – 67546. If you are a consumer with this vehicle, you should stop using it and get in touched with an authorized dealer.

END_OF_DOCUMENT_TOKEN_TO_BE_REPLACED

Personal injury claims arising out of car accidents usually involve acts of negligence, and they often involve multiple parties. For example, there may be allegations that a driver failed to obey traffic laws, failed to drive safely considering the conditions, or failed to properly maintain the vehicle’s brakes. There also may be allegations that a driver was negligent in responding to another driver’s actions or violated a traffic rule or law.

Depending on the circumstances surrounding an accident, if a driver violated a statute, ordinance, or traffic regulation, it may be considered negligence per se. If so, the driver’s conduct may give rise to a rebuttable presumption of negligence, or it may be considered evidence of negligence. In cases involving multiple parties, each party’s actions may come under scrutiny, potentially reducing the plaintiff’s compensation.

END_OF_DOCUMENT_TOKEN_TO_BE_REPLACED

Many car accidents are caused by a driver’s negligence. Often, these accidents involve the negligent driver not paying attention to the road and rear-ending the vehicle in front of them. According to recent statistics from the National Highway Traffic Safety Administration (NHTSA), rear-end collisions account for the majority of all motor vehicle accidents, comprising about 33 percent of all crashes.

Rear-end collisions are simply defined as collisions in which one vehicle collides with the rear of another vehicle. Across the country, over 2,000 rear-end collisions resulted in a fatality, and over 500,000 resulted in an injury. In Illinois, if another driver is to blame, an accident victim may recover damages from any defendant who was more at fault than they were in causing the accident.

According to one news source, a former star of the T.V. series “The Bachelor” has been charged with causing a traffic accident that killed a driver and fleeing the scene. Allegedly, the reality show star was driving a pickup truck at around 8 p.m. on a Monday evening in Iowa and rear-ended a tractor. The tractor then rolled over and fell in a ditch. The reality star’s truck fell in a ditch on the opposite side of the road. The tractor driver, a farmer, was taken to the hospital, where he was pronounced dead. He was 66 years old and is survived by his wife, two sons, and three grandchildren.

END_OF_DOCUMENT_TOKEN_TO_BE_REPLACED

In a recent case, the plaintiff brought a personal injury claim against another driver and his company after he was injured in a car accident. The case proceeded to trial, and a jury found in favor of the plaintiff. The jury awarded him $84,283 in economic damages and $40,000 in noneconomic damages.

The defendants argued the award should be reduced, since the plaintiff paid only $1,941 toward his medical expenses, and his insurance had paid the rest. Initially, the trial court agreed and reduced the award to $24,299. It took the original economic damages award and reduced it by the cost to secure the collateral source benefits of approximately $58,000, resulting in the award of $24,299.

However, the state’s supreme court reversed the case on appeal and held the plaintiff’s award should not have been reduced. The court explained that normally, a state statute allowed an award to be reduced if the expenses were paid by another source. But the court further explained that this rule did not apply if the other payer was entitled to reimbursement from the plaintiff. Since in this case, the insurance company had a right to be reimbursed, even if only for a portion of the amount, the award should not have been reduced.

END_OF_DOCUMENT_TOKEN_TO_BE_REPLACED

In a recent case, a plaintiff brought a claim against a city after he was hit by another driver. The man was hit after a woman failed to stop at a stop sign and crashed into his car. The man filed a lawsuit against the woman for negligence, alleging she was negligent in failing to stop. He also alleged the city was negligent for failing to make sure the stop sign was visible.

The woman claimed she did not see the stop sign because it was blocked by a tree, and a police officer who was at the scene also found the stop sign was significantly obstructed. After the man brought the claim, the court granted summary judgment and dismissed the city from the case, finding the city had immunity. The man appealed the decision.

END_OF_DOCUMENT_TOKEN_TO_BE_REPLACED

Earlier this month, a California appellate court issued an opinion in a pedestrian accident case, reversing a lower court decision that had declined to apply governmental design immunity. In the case, Gonzales v. City of Atwater, the appellate court found that all three elements of governmental design immunity were met by the defendant, the city that had designed and constructed the intersection where the accident giving rise to the case had occurred.

Gonzales was killed while crossing the street in an intersection in Atwater, California. Gonzales’ loved ones filed a lawsuit against both the driver of the vehicle that struck him and the City of Atwater. After a jury trial, it was determined that the driver who struck Gonzales was not at fault for the accident, but the City of Atwater was liable. The jury returned a verdict of $3.2 million.

END_OF_DOCUMENT_TOKEN_TO_BE_REPLACED

In a recent case, a passenger sued after she was injured in a car accident. A man had bought his fiancée a van for her birthday. On her birthday, the couple was drinking with some friends, and the man gathered the friends in the van. He then drove the van and crashed it, causing one of the passengers serious injuries. The passenger received compensation for her injuries from the man’s insurance, but she said the amount she received did not cover her injuries and made an additional claim for underinsured motorist benefits. Since the man’s coverage did not cover her expenses, she claimed he was “underinsured,” so she should receive underinsured motorist benefits from her insurance policy and from the driver’s fiancée’s policy.

END_OF_DOCUMENT_TOKEN_TO_BE_REPLACED

Usually, when an accident occurs, the injured person will seek compensation from the person at fault for causing the injury. However, when an employee was at fault, the employer may be responsible for the injury, even when the employee was not technically “on the job.”

In a recent case in a federal court of appeals, an employee working for the federal government borrowed a car from his employer without receiving explicit permission before doing so. The employee drove the car back to his hotel, where he had been staying for work. On his way back, the employee was in a car accident, and another driver was seriously injured. The injured driver brought a claim against the employee as well as against the government.

The government moved to dismiss the case, arguing that the employee was acting outside the scope of his employment when the accident occurred. The employee was working in another city and staying at a hotel there. He was using a government car during work hours, but he was typically using his personal car after work. Yet he was not forbidden from using the government car outside work hours, and he was permitted to take the car back to the hotel overnight if he first obtained approval from his supervisor.

END_OF_DOCUMENT_TOKEN_TO_BE_REPLACED

In a recent case decided by a state appellate court, a husband and wife were injured in a car accident with another motorist. After the accident, they filed suit against the motorist for their physical injuries, mental suffering, lost wages, and lost employment. However, the motorist failed to defend or respond to the lawsuit. As a result, after four months had passed, the couple filed an application for an entry of default against the motorist, and the clerk of the court entered a default judgment against him. Seven months after the complaint was filed, the motorist responded by filing a motion to set aside the default judgment. The court denied his motion to set aside the entry of default and entered a default judgment in favor of the couple for over $3 million.

The motorist appealed. He argued that the court abused its discretion by refusing to set aside the default judgment. That state’s supreme court found that since default judgments are considered under a liberal standard, the court did abuse its discretion by refusing to set aside the entry of default. It noted that the motorist had seemingly valid defenses to the claim. In addition, the couple would suffer limited prejudice by reopening the case because they filed the claim three years after the actual accident and were still litigating the case with two insurance companies. For these reasons, the default judgment was set aside, and the case was reopened.

END_OF_DOCUMENT_TOKEN_TO_BE_REPLACED

In a recent case, a woman and her two children were injured in a car accident with another motorist. The woman filed a lawsuit against the other driver for their injuries. More than three years after the car accident, the woman amended her complaint to add a claim against her insurance company, since she believed that the other driver’s policy would not fully cover her damages.

In a recently released opinion, the state’s supreme court held that the claim was not barred. It explained that while the insurance company’s policy required lawsuits to be filed within three years, the insurance company also had a policy that it would only pay if the underinsured motorist’s insurance had been exhausted. Therefore, insured individuals were being told to file a lawsuit within three years, but at the same time they were being told not to file a lawsuit until other avenues were exhausted. The court explained that these two policies were in direct conflict with each other, and thus the policy was ambiguous. As a result, the court interpreted the terms in favor of the insured, allowing the case to continue against the insurance company.