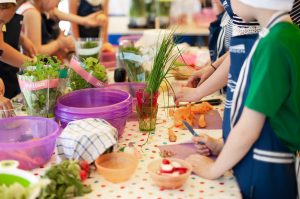 Parents in Chicago and around the country should be aware that recently, Ryan and Rose recalled the Cutie Spoovel utensil. The Cutie Spoovel is a transitional tool little kids use to eat, and it can present a danger. The handle of the Cutie Spoovel utensil can break off; this results in the release of small parts, posing a choking hazard for young children. The tool comes in two colors and is fashioned from a plastic core sheathed in silicone. The back of the spoon identifies the utensil as made by “Cutie Spoovel” and RR is printed on the handle back.

The manufacturer received three separate reports that the Cutie Spoovel utensil’s handle broke when a child bit down on it. Neither injuries nor choking have been reported. The Consumer Product Safety Commission (CPSC) advised all recalled utensils should be removed from children. They should be disposed. The company can be contacted for either a full refund or a $20 shop credit.

In addition, if your child suffered injuries because of a Cutie Spoovel or other utensil for children, you may be able to recover damages in a product liability lawsuit. These lawsuits are brought when a person who used the product is injured by a defect in it. You and your child might be able to recover compensation if your child was injured by a defective Cutie Spoovel utensil or another child tool.

END_OF_DOCUMENT_TOKEN_TO_BE_REPLACED

Thousands of children are vulnerable to injury in connection with conditions at school or extracurricular activities. Chicago children may sustain injury or even be killed while playing sports, on playgrounds, or scootering or biking or walking to and from their schools. Now there are additional risks kids face because of COVID-19 and its variants. The United States Consumer Product Safety Commission (CPSC) recently asked parents across the country to “Think Safety First” in recognition of issues that could come up in connection as children return to school.

One of the CPSC’s critical safety tips was to urge your child not to text or talk on the phone while walking. Drivers do not always consider the presence of children even on residential neighborhood streets during the hours that children go to and from school. There were 4600 ER injuries related to walking while distracted on the phone from 2019-2020.

Another important safety consideration is your child’s safety helmet. A safety helmet should be worn in connection with riding a scooter, skateboarding or biking to school. The CPSC release specified there were 144,100 bicycle injuries treated in the ER from 2017-2019 to children under age 16. It is necessary when playing football. Use of a safety helmet can prevent serious brain injuries under certain circumstances. You should check and make sure your child’s safety helmet is adequate and up to safety standards. Tragically, some recalls only occur after a child is catastrophically injured. When that is the case, it may be appropriate to pursue damages in a product liability lawsuit.

END_OF_DOCUMENT_TOKEN_TO_BE_REPLACED

Over 360,000 toddlers suffered injuries as a result of falling or tipping over during the years between 1990 and 2010. A Poland-based manufacturer called Lenny Lamb has recently come under fire for problems and risks associated with its Lenny Lamb brand child carriers. The company recently issued a recall for its buckle onbu infant carrier, even though it has not received any reports of specific injuries. The U.S. Consumer Product Safety Commission has not received any reports or information regarding injuries either.

According to media reports, nearly 1,000 of the onbu carriers were missing a key component. The carriers feature a strap used to secure the device, in which the infant is placed, to the wearer’s body. The affected products are missing internal stitching that ensures the child stays inside the sling device. The device is intended to be worn with the infant carried on the wearer’s back. This means that if the device fails, and the infant falls, the wearer will have a difficult time reacting quickly enough to save the child from harm.

The carrier also features a hood, interior adjustable panel, and shoulder pads. It retails for roughly $90. Affected units were sold online at Bibetts, Lenny Lamb, 5 Minute Recess, Cozy Cuties, and a variety of other outlets between May 2016 and June 2016. To learn more about which units may be affected by the product defect, visit the Consumer Product Safety Commission website.

END_OF_DOCUMENT_TOKEN_TO_BE_REPLACED

A new study released earlier this month concluded that potentially hazardous nanoparticles were identified in powdered baby formula products made by Gerber, Enfamil, Similac, and Well Beginnings. According to the results, six out of six of the products that were tested contained unlabeled nanotechnologies. These nano-sized particles and structures included nano-hydroxyapatite in both non-needle and needle-like forms, nano titanium dioxide, and nano silicon dioxide.

According to the researchers, nanotechnologies are accelerating at such a quick pace that the regulatory authorities cannot keep up with ensuring that these new products are incorporated into our food system safely. This is particularly essential for infants, babies, and toddlers who are still developing and highly susceptible to toxins and other dangerous foods.

The companies that manufacture these brands include Nestle, Mead Johnson, Abbot Laboratories, and Walgreens. The researchers issued letters to the U.S. Food and Drug Administration, asking them to remove the formulas containing the nanomaterials and to impose a cessation on the incorporation of these nanoparticles in baby formula until their safety has been assessed properly. They also call for stricter oversight of nanotechnologies in food products and call for a labeling program to be established.

END_OF_DOCUMENT_TOKEN_TO_BE_REPLACED

One of the most popular gifts on everyone’s Christmas lists last year was a hoverboard. These devices appeal to everyone, from kids to adults, and offer a chance to see what futuristic travel might be like. For all the ads and articles about hoverboards, however, it seemed like there were just as many stories about users suffering severe injuries while using the devices.

Recently, the Consumer Product Safety Commission (CPSC), a federal agency tasked with overseeing product safety and consumer health, issued a letter that essentially made the existing voluntary safety standard for “self-balancing scooters” a mandatory set of requirements. The voluntary standard is known as UL 2272 and primarily focuses on the device’s electric drive train, rechargeable battery, and charging mechanism. The guidance is designed to test the entire device and protect against any electrical or fire-hazard safety issues.

END_OF_DOCUMENT_TOKEN_TO_BE_REPLACED

The U.S. Consumer Product Safety Commission (“CPSC”) is preparing to vote on whether to enact a proposed rule that would permit the Commission’s employees to participate in the numerous committees that create CPSC’s voluntary guidelines. The rule would also vest members with the ability to vote as committee members, while also authorizing them to lead committees subject to approval from the CPSC’s executive director.

The proposed rule was developed in response to a recommendation from the U.S. Government Accountability Office (“GAO”), urging the Commission to investigate the feasibility of taking a more engaged and active role in the creation of voluntary standards.

The CPSC develops voluntary standards, which create safety provisions geared toward identifying the countless consumer hazards that many products pose, including goods commonly found in schools, parks, playgrounds, homes, and other prominent locations. Due to the complexity of these guidelines, a great deal of work goes into their development, revision, final proposal, and enactment. Three committees were created within the CPSC to help create standards: the American Society for Testing and Materials, the American National Standards Institute, and Underwriters Laboratories, Inc.

END_OF_DOCUMENT_TOKEN_TO_BE_REPLACED

Earlier this month, Vermont’s Toxic Substances in Children’s Products Rule took effect. According to this rule, companies that sell children’s products in Vermont must make certain disclosures about whether the products contain any of the 66 chemicals specified in the legislation if the chemical is present as a contaminant (100 ppm or more), or if the chemical was intentionally added beyond the chemical’s practical quantification limit (PQL).