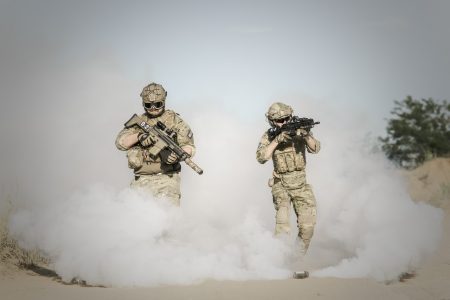 The 3M lawsuits arising out of defective earplugs worn by servicemembers have been consolidated into the largest multidistrict litigation (MDL) in history. The MDL is larger than the asbestos and talc product cases. In the litigation, United States military veterans and service members have alleged they experienced hearing damage because they used 3M’s Combat Arms earplugs, Version 2 (CAEv2). If you were harmed by defective earplugs, you should give the experienced Chicago-based lawyers of Moll Law Group a call. Billions have been recovered in cases with which we’ve been involved, and we represent clients around the country.

The earplugs at issue were used by many servicemembers deployed in Afghanistan and Iraq between 2001 – 2015. The leading cause of disability among veterans, according to the Department of Veterans’ Affairs is hearing damage. In 2018, 3M paid $9.1 million to settle the United States government’s claim that it concealed defects in the earplugs; however, it didn’t admit it was liable for damages. The multidistrict litigation is presided over by Judge M. Casey Rodgers.

Around 200,000 cases are pending against the manufacturer 3M. Certain lawsuits have been selected for bellwether test trials. In this process, plaintiffs and defendants alternate in selecting specific cases to serve as bellwether cases, with each side trying to put forward cases they respectively believe are strongly in their favor. However, certain cases are chosen for trial by the judge because they don’t overly favor either the plaintiffs or the defendant.

Developments in the 3M Earplugs Lawsuits

Seven bellwether test trials have been conducted in the 3M earplugs MDL. The first trial resulted in a $7.1 million dollar damages award to three plaintiffs, including $2.1 million in punitive damages for each of them. Altogether, the plaintiffs have prevailed in four trials, while 3M has won three trials.

The latest 3M earplug trial, Theodore Finley v. 3M Co., et al, began recently. Like other cases, it alleges that the company’s Combat Arms earplugs were defective such that they did not protect the plaintiffs from suffering hearing loss.

Shortly before the Finley trial began, another bellwether plaintiff, Steven Wilkerson, faced a 3M motion to compel him to submit to genetic testing. The purpose of the testing would be to see whether the plaintiff’s hearing loss could be genetic rather than the result of defective earplugs. The motion was brought because the plaintiff had testified that he had two cousins who were born deaf. However, Judge Gary Jones denied the motion since hearing loss in a sibling or parent could form the basis for compelling genetic testing, but his distant relatives’ deafness didn’t. Wilkerson’s trial has been scheduled for spring of 2022.

Other lawsuits within the MDL have also seen developments. Another trial in the 3M earplugs litigation has been resolved. It resulted in a defense verdict. The seventh bellwether trial, with the plaintiff Sgt. Guillermo Camarillorazo, resulted in a $13 million verdict for the plaintiff.

If you are a servicemember or veteran who was injured due to a defective 3M earplug, you should discuss the situation with the Chicago-based product liability lawyers of Moll Law Group. Our firm represents clients in these and similar lawsuits. Please contact us through our online form or call us at 312.462.1700.