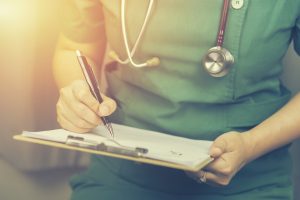 Over the past decade, manufacturers of electronic cigarettes, or e-cigarettes, have marketed their product as a safe alternative to smoking. Indeed, their efforts have been largely successful, with an estimated 2 million adults and teens reporting they have used an e-cigarette within the past three days.

That being said, the federal Food and Drug Administration has not approved the use of e-cigarettes as a stop-smoking aid. The U.S. Preventative Services Task Force agrees, noting that there is insufficient evidence supporting the use of e-cigarettes for those who want to quit smoking. Part of the reason why e-cigarette use has not been approved is the lack of longitudinal studies following the health of those who use them on a routine basis.

In recent news, according to a study released by researchers out of New York University and published in Proceedings of the National Academy of Sciences, e-cigarettes may still pose a potential risk of lung cancer, bladder cancer and heart disease. Depending on the results of further research, users of e-cigarettes who develop lung cancer, bladder cancer or heart disease may be eligible for compensation through a product liability lawsuit against the manufacturers of these products.

In the study, researchers exposed lab mice to e-cigarette vapor in quantities approximately the same as what humans consume when using an e-cigarette. The mice were exposed to the vapor for three hours per day, five days per week, for 12 weeks.

At the end of the study, researchers discovered that, when compared with the control group, mice who inhaled the vapor showed DNA damage in their heart, lungs, and bladder. Additionally, the vapor seemed to have halted the DNA repair process in the lung tissues of the mice. Researchers then conducted a similar study on human lung and bladder cells, finding that the repair processes of these cells were also halted.

The researchers concluded that e-cigarette smoke “is carcinogenic and that e-cig smokers have a higher risk than non-smokers to develop lung and bladder cancer and heart diseases.”

If, in fact, e-cigarette use does cause cancer among users, manufacturers may be liable based on several legal theories. For example, e-cigarette manufacturers have been advertising their product as a safe alternative to smoking, which may not be the case. This misleading –and potentially outright false – premise has undoubtedly been trusted by countless users and may be the basis of a failure-to-warn product liability case and national class action lawsuit.

Have You Been Diagnosed with Cancer or Heart Disease After Using E-Cigarettes?

If you or a loved one has recently suffered any kind of injury due to the use of a dangerous product, you may be entitled to monetary compensation through a product liability lawsuit. The dedicated national personal injury lawyers at Moll Law Group have extensive experience representing victims in a wide range of personal injury cases around the nation, including product liability claims. To learn more, and to speak with an injury attorney about your case, call 312-702-1931 to schedule a free consultation.