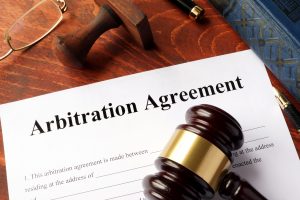 Earlier this month, the United States Supreme Court decided a case that may have a major effect on nursing home claims throughout the United States. In Kindred Nursing Centers, L.P. v. Clark, the court held that state courts cannot adopt rules that single out arbitration agreements for negative treatment.

Facts of the Case

Kentucky’s Supreme Court found that the family members could not enter into the agreements on behalf of the residents because the residents had not expressly given permission for the plaintiffs to do so. The Kentucky Supreme Court did not give effect to the arbitration agreements because it decided that in the case of arbitration agreements, an individual must specifically waive his constitutional right to a jury trial.

The Supreme Court reversed the Kentucky court’s decision. It found that Kentucky’s rule, requiring a “clear statement” from residents, violated the Federal Arbitration Act (FAA). The FAA was enacted to honor agreements to arbitrate between consenting parties. The FAA requires courts to consider arbitration agreements in the same way as all other contracts.

Discuss Your Nursing Home Claim with a Chicago Attorney

If you have a loved one who has been a nursing home resident, and you believe they may have been neglected or abused, contact an attorney as soon as possible. The Chicago attorneys at Moll Law Group can help you explore your options. We represent people whose family members have been harmed due to nursing home abuse or neglect. Contact us through our online form or call us at 312-462-1700 to set up a free consultation.