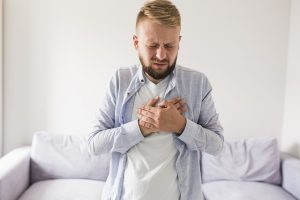 You may have used prescription strength Zantac, a heartburn drug, to treat and stop stomach ulcers and address gastroesophageal reflux disease (GERD). It’s important to be aware, however, that Zantac has been linked to cancer and discontinued. On October 8th, a federal judge presiding over the Zantac multidistrict litigation ruled that the brand manufacturers of Zantac — GlaxoSmithKline, Sanofi, Pfizer, and Boehringer Ingelheim — should face lawsuits by people formerly prescribed the drug. If you were harmed by Zantac, you should call the experienced Chicago product liability lawyers of Moll Law Group. Billions have been recovered in cases with which we’ve been involved around the country.

The court denied requests by manufacturers that it dismiss a class action related to the drug’s marketing and severe health issues. Additionally, however, the court ruled to dismiss all generic manufacturer cases; only cases against brand manufacturers may continue.

Losses from Zantac Use

The Zantac multidistrict litigation was pursued by patients prescribed Zantac who developed cancer and sustained losses as a result. Lawsuits allege that the drug’s active ingredient is an unstable molecule and that the Zantac drug label did not properly warn the public that a risk of cancer existed.

Both the branded Zantac and its generic versions were ordered to be removed from the market in April 2020. The FDA found that chemical decay led to the generation of unacceptable amounts of a carcinogenic byproduct, a chemical known as NDMA. Testing had shown that the synthetic active compound ranitidine chemically decayed at room temperatures.

The judge ruled that claims made against generic manufacturers of Zantac were preempted by federal drug labeling laws. In the past, in a year, Zantac would be prescribed more than 15 million times. Alternatives to Zantac have included Tagamet, Pepcid, Nexium, Prilosec, and Prevacid; NDMA contamination has not been found in them. The plaintiffs’ attorneys claim that more than 100,000 people who took Zantac have developed cancer.

Valisure, an independent online pharmacy, conducts lab testing of prescription drugs. It was the first to alert the FDA of the risk of NDMA contamination in Zantac. Valisure advised the FDA that there is a demonstrated line between ranitidine and cancer that dates back to the early 1980s. Valsartan and Losartan are two popular drugs that lower blood pressure and were recalled due to NDMA contamination.

Bellwether trials — test cases used when there are a large number of cases that require similar rulings early in a lawsuit’s life cycle — are expected to be scheduled in 2023. The plan is to choose a percentage of claimants that have the eight different kinds of cancer that Zantac allegedly caused. The plaintiffs will form an initial discovery pool. These plaintiffs will provide medical information related to their case and will also be examined to figure out whether their lawsuit fits within the scope of the bellwether trial.

If you developed cancer and believe it was due to your use of Zantac, you may be able to sue for damages. Call the Chicago-based product liability lawyers of Moll Law Group to determine whether you have a viable claim against the manufacturers of Zantac. We offer consumers information about products, such as dangerous drugs, for the purpose of preventing injuries. However, if you have already been injured, we are ready to represent you in protecting your rights. Please contact us through our online form or call us at 312.462.1700.