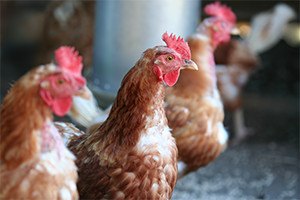 Billions of animals are raised for food each year. The adverse environmental impact of animal farms is less well known than the cruelty of the conditions for the animals, but factory farming results in tremendous waste. For example, 150 gallons of water are required per cow to clean excrement from the floor of a dairy farm. This water is so polluted with antibiotics, bacteria, and hormones that it cannot go back into the system, and it may end up in local water supplies. Toxins dumped into domestic water supplies pose huge risks to public health. If you develop an illness as a result of a nearby animal farm, you should consult the toxic tort lawyers at Moll Law Group. Billions of dollars have been recovered in cases in which our animal farm lawyers have been involved.

Pursuing Compensation for the Careless Actions of Animal Farms

Toxins from farms that can wind up in drinking water include nitrogen, ammonia, pesticides, and antibiotics. Animal waste releases ammonia, methane, and hydrogen sulfate. Animal excrement can also carry E. coli, campylobacter, and other dangerous bacteria.

Although there are certain pollution limits for water, they may be circumvented by farmers who either leave the untreated waste in huge open-air lagoons or spray the untreated waste and water into the air and allow it to spread by wind. The air and water are then both polluted for people who live near the farm. The health problems that can result from the toxins found in farm waste include asthma and respiratory problems, memory loss, skin lesions, miscarriage, birth defects, neurological problems, depression, and brain damage.

For example, one toxicology professor found a link between the hydrogen sulfide coming out of a lagoon where hog manure was stored or sprayed into the air and neurological disorders in the people living near the area. Similarly, our animal farm attorneys know that a U.S. Geological Survey and Oklahoma Department of Agriculture report found that taking in water with nitrate levels over 10 mg per liter may result in blue baby syndrome, which stops blood in the afflicted individual from carrying oxygen. This may result in various medical conditions, including increased thyroid size, non-Hodgkin's lymphoma, and stomach cancer.

Federal and state laws regulate drinking water. The Clean Water Act is implicated in factory farming, but while a complaint regarding a Clean Water Act violation may be filed with the Environmental Protection Agency, there is no private right of action. The Clean Air Act is also implicated in factory farming, and it includes regulations that require farms to report ammonia and hydrogen sulfide emissions if the farm emits more than 100 pounds per day.

It may be possible to sue an animal farm that has caused your illness under state law. As with other personal injury cases, you will likely need to establish negligence, which requires you to prove that the animal farm owed you a duty to abide by a certain standard of care, breached the duty, and thereby caused your illness or medical condition. In seeking to establish causation, it may be critical to show that many of your neighbors have the same symptoms. Toxic tort cases often turn on scientific evidence and expert testimony, so a scientist's findings linking the symptoms to a particular chemical may be necessary in presenting your case.

If you have been harmed by the actions of a nearby animal farm, the toxic tort attorneys at Moll Law Group can help you investigate which parties should be held responsible. Our animal farm attorneys provide legal representation to people nationwide, including in states such as Illinois, Ohio, New York, Pennsylvania, California, Texas, and Florida. Contact us online or call us at 312-462-1700 to set up a free consultation with an injury attorney.