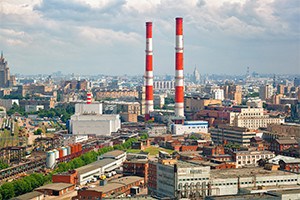 Cancer clusters are neighborhoods in which many families are affected by the same types of cancer because of air or groundwater that has been polluted with toxins. In order to be considered a cancer cluster, the type of cancer that afflicts the residents of the neighborhood is usually a rare one, such as angiosarcoma of the liver. In some cases, cancer clusters are indicative of environmental pollution, often involving exposure to contaminated drinking water or air that may need to be addressed by retaining a cancer cluster attorney. Sometimes this pollution comes from a nearby corporation that produced and improperly dumped toxins. The toxic tort attorneys at Moll Law Group can investigate a potential cancer cluster and determine whether it is appropriate to sue a corporation that may have polluted an area.

Taking Legal Action on Behalf of a Cancer Cluster

Toxic tort cases may be challenging to prove even if there is a known polluter, and exposure to the pollutant is correlated with the specific type of cancer found in a neighborhood. Sometimes it can be easier to establish liability when a neighborhood with a cancer cluster bands together to sue a known polluter. However, showing scientific causation is complicated, even when there is a cancer cluster. A defendant corporation may argue that there are other possible factors in the development of cancer, or that the cluster is not statistically significant for other reasons.

Generally, each of us owes a duty not to do something that we should reasonably foresee can hurt others. There is a breach of duty if a particular harm was foreseeable. However, the element of legal causation is more complicated. A cancer cluster lawyer would need to prove that the defendant's actions resulted in cancer and that this was the type of situation in which the defendant should be liable because the consequences are sufficiently close to the defendant's actions, and there are not too many intervening events. If a defendant dumped toxins into the water or air many years ago, which is often the case, there may be a wide range of intervening events that can complicate the causal relationship.

Any given plaintiff may be exposed to multiple toxins from multiple sources. The plaintiff will need to show by a preponderance of the evidence that the defendant's actions were a substantial factor in causing the cancer at issue, not just that they were exposed to a particular risk.

Toxic tort cases arising from cancer clusters often involve complex scientific issues that may be difficult for a jury to understand. It is crucial to work with an attorney who understands the science and can enlist a credible expert to help explain it to a jury.

Retain a Cancer Cluster Attorney to Pursue Your Claim

Some cancer cluster cases are best handled as class actions. These are cases in which a group of plaintiffs get together and sue a particular defendant because it is more efficient and fair than suing individually. Other cancer cluster cases may be best handled individually. If you and others in your neighborhood believe you are in a cancer cluster due to the actions of a manufacturer, animal farm, or other corporation in the area, the cancer cluster lawyers at Moll Law Group are available to investigate and sue the responsible parties. We provide legal representation to people throughout the nation, including in Illinois, Ohio, New York, Pennsylvania, California, Texas, and Florida. Billions of dollars have been recovered in cases in which we have been involved. Contact us online or call us at 312-462-1700 for a free appointment with an injury attorney.