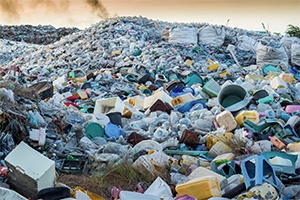 Over the years, many corporations have failed to adequately dispose of the toxic waste that their operations produce. They may have stored or dumped hazardous chemicals like benzene, chromium, butadiene, cadmium, arsenic, toluene, benzene, xylene, barium, or hydrogen sulfide in an improper location or without properly treating it. Over time, the toxic waste may make its way into well water or the drinking water supply of a community, where it may result in serious illnesses like cancer or leukemia. You should consider consulting a waste injury lawyer if you suspect that you were injured due to the mishandling of waste by a corporation. The experienced toxic tort lawyers at Moll Law Group can assist you in seeking compensation.

Toxic tort cases may be complex, and it is important to retain an experienced attorney who can take an aggressive approach toward corporations that are likely to use their enormous resources to try to bury a plaintiff in paperwork and avoid paying compensation to injured people.

It may take years for the effects of toxic waste that has been improperly dumped or stored to show up in the neighborhoods nearby. Often, the consequences are devastating. Residents may face permanent injuries or death as well as losses in the value of their homes, leaving them unable to secure financing to pay off medical costs.

In many toxic waste cases, you will need to establish negligence. This means that your waste injury attorney will need to show that the defendant had a duty to properly store or dispose of waste, there was a breach of duty in how it disposed of the waste, the breach caused your injuries, and you incurred actual damages. As part of the causation element, you will also need to prove that the waste was toxic. Often, materials that are well known to be toxic now were not known by the scientific community to be toxic at the time that they were dumped, and this may create complexities in a lawsuit.

If a statute does cover the treatment of waste in a particular situation, the corporation's standard of care will be dictated by the statute, and the doctrine of negligence per se may apply. Negligence per se, also known as negligence as a matter of law, may be established if a safety statute was violated, the plaintiff is a member of a class that is supposed to be protected by the safety statute, the plaintiff's injuries were caused by the violation, and the law was supposed to protect against those types of injuries. When there are multiple plaintiffs who were adversely affected by waste and were affected similarly, it may be appropriate to bring a class action lawsuit.

Compensatory damages that may be recovered include medical costs, lost wages, loss of value in homes, pain and suffering, and loss of enjoyment. In some cases, corporations attempt to conceal their illegal conduct or conceal that they knew that the way in which they were handling waste was harmful. In those cases, you may have grounds to ask for punitive damages, in addition to compensatory damages.

Discuss Your Case with a Waste Injury Lawyer

The attorneys at our firm possess the skills, resources, experience, and sophistication to litigate against large corporations that have committed environmental wrongdoing or negligence. If you believe that you developed an illness due to improper waste disposal, the waste injury attorneys at Moll Law Group can investigate and help you pursue compensation. We are committed to pursuing justice for injured people around the nation, including in states such as Michigan, Illinois, Texas, Ohio, Pennsylvania, New York, Florida, and California. Billions of dollars have been recovered in cases in which our injury lawyers have been involved. Call us at 312-462-1700 or complete our online form to set up your free appointment.