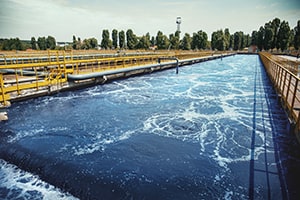 Camp Lejeune is a military training facility for the United States Marine Corps. If you grew up there, lived there, or worked there, and suffered illness as a result, you may be affected by an important federal law that has been signed by President Biden. Water treatment facilities that supplied water to Camp Lejeune Marine Corps base were contaminated. The volatile organic compounds dumped there from 1957 – 1987 may have caused serious injuries to Marines, Sailors, and their families on the base. Civilian employees may have been affected, too. A recent bill allows you to pursue compensation from the federal government if you were living or working on the base during the relevant time period and were made sick. If you were harmed by toxic water at Camp Lejeune Marine Corps Base you should discuss your situation with the seasoned Chicago-based toxic tort lawyers of Moll Law Group. You may be entitled to compensatory damages including medical expenses, lost wages, loss of enjoyment of life, pain and suffering, and more.

In June, the Camp Lejeune Justice Act of 2022 was passed. Investigators had discovered that water supplies at North Carolina’s Camp Lejeune were contaminated with toxins between 1953 – 1987. More than a million people, including children, bathed in, drank, cooked, or cleaned using the toxic water at Camp Lejeune during this period. As a result of their exposure, thousands developed many different serious injuries including cancer, birth defects, miscarriage, and neurological defects like ALS or Parkinson’s.

Accordingly, some people who were harmed lost their right to bring a lawsuit for damages under North Carolina’s 10-year statute of repose kicking in. Those affected by the contaminated water could only obtain disability compensation through the VA for 8 medical conditions related to the toxic exposure. However, through the 2022 bill signed by the President, you would be able to seek reparations beyond the VA and file a lawsuit in court within 2 years. Successful claims will be paid through a fund in the United States Treasury.

If you lived or worked at Camp Lejeune between August 1953 - December 1987 and you suffer a serious injury like cancer or your baby suffered birth defects, you may be able to recover compensation for those injuries under the Act. The law is part of broader legislation that seeks to redress the problems of veterans exposed to toxic materials during service.

The contaminated water may have caused lung cancer, liver cancer, ovarian cancer, prostate cancer, breast cancer, leukemia, miscarriage, and birth defects. For instance, there were greater risks that children born to mothers who drank the toxic water were four times more likely to develop spina bifida. All of these conditions are extremely expensive to treat and obtain proper therapy for. Most families in Chicago or anywhere else in the country do not have enough saved to address these types of harms, which is why the bill’s passage is so crucial.

Type of InjuriesClaim Against the United States Government

If you lived or worked on the base for at least 30 days between 1952-1987, it is crucial to contact an attorney to see whether you can file a claim. Ordinarily, the government has sovereign immunity, meaning it cannot be sued unless it has specifically agreed to be sued. In the case of claims arising out of the contaminated water, however, the bill prohibits the government from asserting that is immune for two years.

When you worked for the military, you assumed the country had your back, just as you had the country’s. Unfortunately, that was not the case for those who lived or worked at Camp Lejeune. If you were harmed because of exposure to toxic chemicals at Camp Lejeune or another source of contaminated water, it is crucial to consult an experienced Chicago toxic tort attorney about your legal options. Our lawyers represent injured patients around the country. We can also evaluate your claim for any relevant medical malpractice questions that should be pursued. Please complete our online form or give us a call at 312.462.1700.