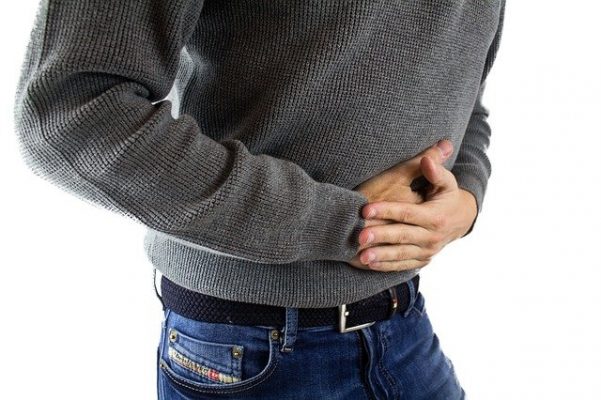 Hernia mesh is a medical device commonly placed by surgeons in the area around a hernia in order to support damaged tissue during the healing process. Nine out of 10 hernia surgeries each year involves the mesh. Unfortunately, complications such as bowel obstructions and perforation, sometimes do arise once the mesh is placed, and patients may need additional surgery to remove the mesh, as well as extensive medical care when that happens. A recent study asked whether synthetic mesh is better than biologic mesh at reducing a 2-year risk of hernia recurrence when a single stage repair of ventral hernias is made. The findings tend to support the use of synthetic mesh rather than biologic hernia mesh because synthetic mesh entails lower costs and recurrences. If you were injured by hernia mesh, you should call the seasoned Chicago product liability lawyers of Moll Law Group. Billions have been recovered in cases with which we’ve been involved.

Give Moll Law Group a Call About Your Hernia Mesh Claim

Injured consumers have filed at least 14,827 lawsuits against Bard and 3596 lawsuits against Ethicon. They are consolidated in multidistrict litigation. In the recent study, a multicenter randomized clinical trial, 253 patients were randomized to synthetic mesh and biologic mesh. At two years, the follow-up rate was 92%. Synthetic mesh majorly reduced the risk of hernia recurrence and did more in that regard than biologic mesh when a patient was going through single stage repair of ventral hernias.

The study noted that biologic mesh is usually used to reinforce contaminated ventral hernia repairs but is expensive and associated with high rates of long-term recurrence of hernias. Synthetic mesh costs less and may be able to do the same thing, but its efficacy in contaminated hernia cases hadn’t previously been subjected to rigorous study.

END_OF_DOCUMENT_TOKEN_TO_BE_REPLACED

In a tragic case of medical malpractice recently decided by one state appellate court, a woman underwent a liposuction procedure at a medical spa and tragically died just a few days later from septic shock. The woman’s husband filed a medical malpractice claim against the company, alleging that the bacteria causing the shock came from the medical spa during his wife’s procedure. He claimed that certain equipment had not been properly disinfected and sterilized.

The case went to trial once, but it resulted in a mistrial based on the improper questioning of a witness in front of the jury. The case was retried, and the jury found in favor of the woman’s husband. The jury awarded him over $3 million in damages. The spa appealed the decision. It argued that there was not sufficient evidence for the jury to find in favor of the husband.

The court explained that it would not set aside the jury’s verdict as long as it was supported by substantial and competent evidence. It also would not second guess determinations of credibility and the weight of the evidence made by the jury. In this case, there was a medical expert who explained how the spa’s procedures for sterilizing and disinfecting the reusable medical equipment used in the procedure breached the standard of care for cosmetic surgeons. There also was evidence that the spa’s breach caused the woman’s death because septic shock occurs after an infection causes the body to go into shock, and she had bacteria present near where she was injected. Even though there was some evidence presented by the defense suggesting that the bacteria could have come from her post-procedure care, the jury’s decision was still reasonable and would not be second guessed. Accordingly, there was substantial evidence supporting the jury’s verdict, and the decision was affirmed.

END_OF_DOCUMENT_TOKEN_TO_BE_REPLACED

A woman filed a negligence case against a doctor after the doctor left a surgical sponge in her abdomen while she was undergoing gastric bypass surgery. The woman underwent a gastric bypass surgery in 2003, and she had several follow-up appointments in the subsequent years. The woman said that she began having uncomfortable sensations and pain in her stomach about one year after the surgery. The woman described these symptoms to her doctor at several follow-up appointments.

In 2009, she had a CT scan done for an unrelated condition, which revealed that she had a surgical sponge in her abdomen. She had it removed immediately. Less than a year later, the woman brought a medical malpractice claim against the doctor, seeking compensation for her medical expenses as well as for the pain and suffering she endured.

The defendants argued that the woman’s claim was barred because the statute of limitations had passed. The woman’s attorney argued that the claim was not barred, due to the “continuing course of treatment doctrine.” Under the state’s continuing course of treatment doctrine, a plaintiff generally needs to show that 1) there was a medical condition that required ongoing treatment or monitoring; 2) the defendant provided ongoing treatment or monitoring after the negligent treatment; and 3) the plaintiff brought the claim within the statute of limitations after the treatment ended.

END_OF_DOCUMENT_TOKEN_TO_BE_REPLACED

All surgeries carry some risk, but some carry more than others. Certain procedures carry high risks for complications and even death. But even when an injury or death occurs during or after high-risk surgeries, medical malpractice may still occur. Medical malpractice laws exist in order to protect patients from negligent medical treatment, even in high-risk situations.

END_OF_DOCUMENT_TOKEN_TO_BE_REPLACED

Medical malpractice claims often require additional evidence, including expert testimony, affidavits, and special administrative procedures. For this reason, the first issue in any case alleging the negligence of a medical provider may be whether or not the allegations fall under medical malpractice in the first place.

In a recent case, a plaintiff filed a claim based on a hospital’s alleged failure to properly maintain equipment used to sterilize surgical instruments. The plaintiff alleged that he had developed an infection after having spine surgery at the hospital, and that the infection was the result of improperly sterilized instruments. However, that state’s supreme court had to decide whether the claims actually fell under the state’s medical malpractice act, considering the definition of malpractice. The hospital argued that the plaintiff’s claim fell under the definition of malpractice in the act.

END_OF_DOCUMENT_TOKEN_TO_BE_REPLACED

Every patient understands that all surgeries carry some level of risk. The nature and extent of those risks depend on the facts surrounding the individual’s circumstances and the surgery being performed. But even though some risks are understood, issues can arise and surgeons can make mistakes—and the patients may suffer devastating consequences as a consequence of them. Sometimes, the injuries that result can give rise to a medical malpractice claim, even if the plaintiff consented to the procedure.

Medical malpractice claims are brought when the care provided by a medical provider does not meet the applicable standard of care in the medical community, and causes the patient injuries. A plaintiff must demonstrate that the medical provider owed him a duty of care, that the care provided fell below the standard of care, and that the plaintiff suffered damages.

In many cases, when a patient undergoes surgery, they have already explicitly consented to the surgery. In fact, a patient’s express or implied consent is generally required for all procedures performed by health care professionals. However, in order to be valid, a patient’s consent must be informed—which means being fully aware of the risks and alternatives.

END_OF_DOCUMENT_TOKEN_TO_BE_REPLACED

Surgeries carry high risks, even those considered “routine” procedures. Patients trust their surgeons to provide them with the necessary care. However, even surgeons can make mistakes. Some mistakes have minor consequences, while others are fatal.

Surgical errors can occur for a number of reasons. The surgeon may be inexperienced, unprepared, careless, fatigued, or under the influence, or may fail to communicate necessary information to the patient. Errors made during surgery can result in physical injuries, as well as emotional pain, including depression and anxiety.

END_OF_DOCUMENT_TOKEN_TO_BE_REPLACED

According to a news report, a woman recently filed a lawsuit in Cook County Circuit Court against an Illinois surgeon and hospital for medical malpractice. The surgeon operated on the lumbar, or lower, portion of the woman’s back. Two other defendants are also named in the lawsuit.

According to the lawsuit, the woman suffered neurological damage during the surgery as a result of the negligence of the defendants. Specifically, the woman is alleging that the defendants improperly utilized retractors during the lumbar surgery, and that they failed to take reasonable measures to protect the nerves in her lower back from surgical damage. The patient is also alleging that the defendants failed to timely recognize the nerve damage caused by their actions during the surgery and to accurately diagnose her condition.

The patient is suing each defendant for a minimum of $50,000. As a result of their actions, she is seeking compensation for both economic and non-economic damages. Generally speaking, economic damages refer to out-of-pocket medical expenses, lost wages, and lost future income, while non-economic damages relate to an injured patient’s pain and suffering, emotional distress, and overall loss of enjoyment in life.

END_OF_DOCUMENT_TOKEN_TO_BE_REPLACED

A local woman sued a surgeon recently after undergoing surgery to improve a condition involving her upper, or cervical, spine. The cervical spine is the portion of the spine located closest to the neck. The patient initially sought treatment from the doctor due to ongoing neck pain.

According to the lawsuit, the surgeon performing the surgery was negligent in his use of a surgical retractor. A retractor is a surgical instrument used for holding skin or other tissue out of the way during a surgical procedure.