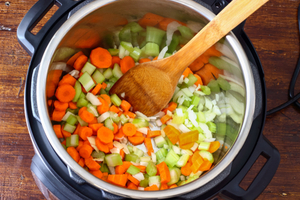 Instant Pot is an extremely popular pressure cooker device and is one of Amazon’s top selling products. Instant Pot has become an internet sensation inspiring online Instant Pot communities and home chefs excited about sharing pressure cooker recipes. Although the Instant Pot Instructions for use boasts it has a safety feature that the lid cannot be opened under pressure, it has opened under pressure and caused severe injuries including severe and permanent burning and scarring. At Moll Law Group, our pressure cooker injury lawyers represent victims of defective products all around the country, and we can evaluate whether you have a viable claim. Billions of dollars have been recovered in the products liability lawsuits in which we have been involved.

Despite Risks Posed by Instant Pot There Are No Warnings

If you are burned or otherwise injured by an Instant Pot, you may bring a product liability lawsuit against the makers, manufacturers and distributors. The first step in a product liability lawsuit is for an attorney to investigate and determine whether the Instant Pot has an actionable defect, such as a marketing, manufacturing, or design defect. There are concerns that Instant Pot and other devices like it fail to prevent explosions even when used properly, that they were not designed, manufactured, or tested correctly, that the manufacturer failed to provide adequate warnings and instructions, and that the materials used are inappropriate.

Many of these concerns relate to the possibility that various electric pressure cookers, including the Instant Pot, have design defects. Design defects are flaws in the design of a product. That means that even when a product is manufactured perfectly and used as intended, it is inherently dangerous. A manufacturer (if the manufacturer and the designer are the same entity) can be responsible for the design defect either if the product is unreasonably dangerous as it is designed or if the product is not safe for its intended and reasonably foreseeable use. In some jurisdictions, courts will consider whether there was a safer alternative design that would not ruin the usefulness of the product, and they may also consider whether the product warnings correctly explained how to use the product or warned against incorrect use.

If you or a loved one suffered injuries due to an exploding Instant Pot or another pressure cooker, the personal injury lawyers at Moll Law Group can examine the facts and determine whether there may be a viable claim. Our firm pursues remedies for victims all over the country, including in states such as Illinois, California, Florida, New York, Texas, Pennsylvania, Ohio, and Michigan. You can call us at 312-462-1700 or contact us by completing our online form. We also represent people who have been harmed by other defective products, such as auto parts, contaminated food, toys, medical devices, and pharmaceuticals.