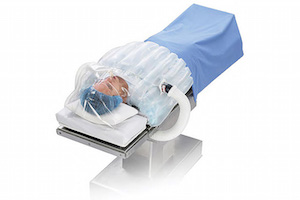 A Bair Hugger is a medical device that works like a forced-air heater, which carries warm air through a hose and into a blanket used during surgery to maintain a patient's body temperature. The device has been proven to speed a patient's recovery time and lessen bleeding. However, its inventor, Dr. Scott Augustine, has claimed that it is dangerous to surgical patients being implanted with other devices like joints or artificial heart valves because the forced air may spread bacteria and germs under the surgical table, which may then be recirculated and land on a patient's exposed surgical site. Our Bair Hugger lawyers know that the manufacturer has been sued on the grounds that it knew the use of the device could lead to sepsis, MRSA, and other hospital-acquired infections. Since these infections are challenging to treat, some patients have had to have revision surgery, amputation, joint removal, and joint fusion. If you suffered injuries due to your use of a Bair Hugger or another defective medical device during surgery, you should consult the product liability lawyers at Moll Law Group. We have secured billions of dollars in settlements and verdicts for consumers nationwide.

Plaintiffs allege that the Bair Hugger system leads to an increased risk of infections in implant surgeries. Lawsuits have been filed alleging that the Bair Hugger is defective due to inadequate warnings and instructions. These generally claim that the manufacturers 3M Company and Arizant Healthcare, Inc. were negligent in failing to properly test the Bair Hugger before releasing it to the market, failing to appropriately analyze data arising out of pre-market tests, and failing to conduct enough testing and surveillance once the device was released to the market.

A failure to warn is a marketing defect. Manufacturers that fail to warn of risks may be held strictly liable when a consumer is injured due to the failure to warn. Generally, a plaintiff trying to recover compensatory damages on the strict liability basis of failure to warn would need to prove with the assistance of a Bair Hugger lawyer that:

Most states recognize the learned intermediary doctrine, which provides that warnings related to foreseeable uses should have been given to the doctors using or prescribing the product. Defendants have a continuing duty to warn doctors as long as a product is being used.

One area of product liability litigation that turns on expert testimony is what is "knowable" in light of the scientific and medical knowledge that may be available. Some risks are generally recognized, but they may be a minority view. A risk is knowable in light of generally accepted scientific or medical knowledge if it is generally recognized as prevailing in the relevant scientific community, and it represents the best scholarship that the manufacturer could access.

Explore Your Options with a Bair Hugger Attorney

Consumers nationwide who have been hurt due to a surgeon's use of the Bair Hugger should know that the product liability attorneys at Moll Law Group may be able to help them pursue compensatory damages. In some cases, you may be able to bring a medical malpractice lawsuit. We can represent consumers around the nation, including in states such as California, Florida, New York, Pennsylvania, Ohio, Texas, and Michigan. Call us at 312-462-1700 or complete our online form to schedule a free consultation with a Bair Hugger attorney.