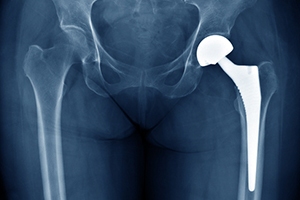 Many people are implanted with hip replacement devices in order to have a better quality of life. Unfortunately, several of these devices are linked to debilitating injuries and pain. Some of them fail prematurely, requiring further surgeries, while others release metal debris into the body. Treating the injuries associated with these devices may be expensive and painful. If you suffered injuries from a Wright Medical hip replacement, you may be entitled to compensation. At Moll Law Group, our defective medical device lawyers represent patients harmed by faulty hip replacements around the nation. Billions of dollars have been recovered in cases in which our Wright Medical hip replacement attorneys have been involved.

Wright Medical Technology has sold many hip implants with metal-on-metal components. Numerous adverse events related to these devices have been reported to the FDA. The metal-on-metal parts in the implant grind each other down as the hip moves, and metal debris may be released into the surrounding tissue, resulting in inflammation and corrosion of both tissue and bone. In some cases, tumors or other illnesses result.

Patients who have been hurt by these hip implants have joined to litigate against Wright Medical Technology in Multi District Litigation, alleging failure to warn, design defects, and breach of warranty. Some cases brought by Wright Medical hip replacement lawyers also allege fraudulent misrepresentation.

Design defects may be found in devices that are properly manufactured but have an unreasonably dangerous design that can cause injuries. A device that has a bad design is not necessarily defective. It is only defective for the purposes of a lawsuit if it causes injuries or aggravates an existing injury or illness. For example, a metal-on-metal design that would allow metal debris to enter the tissues and bloodstream of the body may be a defective design. Courts use either the consumer expectations test or the risk utility test to determine whether there is a design defect. When a manufacturer knows of the danger in its design but deliberately conceals it or delays taking it off the market, it may be possible to recover punitive damages.

Normally, a manufacturer discharges its obligation to warn consumers of serious side effects by warning doctors under the learned intermediary doctrine. Doctors are considered "learned intermediaries" who are in a better position than manufacturers to determine whether a particular patient is a good candidate for a hip replacement or other medical device.

When you decide to undergo a surgery for a hip replacement, you expect your life to improve. Unfortunately, for many people, their lives have been made worse by a hip replacement implant. If you were injured as a result of a Wright Medical hip replacement, you should consult an attorney. The product liability lawyers at Moll Law Group are available to review your case and seek compensation for your injuries. Our firm pursues product liability cases around the nation, including in states such as Ohio, Illinois, New York, Pennsylvania, California, Texas, and Florida. Contact us online or call us at 312-462-1700 to set up a free consultation with a Wright Medical hip replacement lawyer.