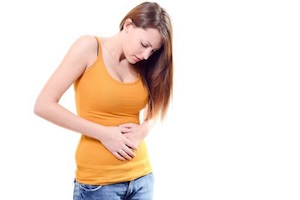 Transvaginal mesh is often used to treat pelvic organ prolapse and stress urinary incontinence, serious medical conditions that may arise out of a difficult childbirth or surgery. These implants were first approved for stress urinary incontinence, which involves the leakage of urine in connection with activities that increase abdominal pressure. Next, they were approved for pelvic organ prolapse, which can occur when the muscles and tissue of the pelvic floor do not support the organs, and they drop from their usual position into the vagina. Unfortunately, transvaginal mesh has since been associated with a number of significant risks, including organ perforation, substantial pain, an inability to have sex, erosion of mesh, mesh getting entwined in muscles, scarring, and vaginal shrinkage, among others. If you were hurt by this product, the Boston Scientific transvaginal mesh lawyers at Moll Law Group are available to help you pursue compensation.

Generally, the manufacturer must provide these warnings to physicians in order to discharge its responsibility to consumers. Manufacturers are required to keep up with injuries and fatalities associated with their products so that they can provide adequate warnings to physicians and other health care providers. In most states, you can sue under a strict liability theory.

In most successful product liability cases, compensatory damages are awarded to the plaintiffs. These are economic and noneconomic damages designed to put a plaintiff back in the position in which she would have been had she not used the product. Economic damages include medical bills, lost wages and lost earning capacity, and household services. Noneconomic damages include pain and suffering and loss of enjoyment. In a transvaginal mesh case, it may be appropriate for a woman's spouse to request loss of consortium damages. Punitive damages also may be awarded to punish the defendant and deter similar wrongdoing in cases of extremely egregious or intentional conduct. For example, a manufacturer's proven fraud is likely to give rise to punitive damages.

If you were harmed by using Boston Scientific Transvaginal Mesh, the defective medical device attorneys at Moll Law Group are available to help you pursue all appropriate compensation. Billions of dollars have been recovered in cases in which we have been involved. Our firm represents consumers harmed around the nation, including in states such as Illinois, Michigan, Texas, Ohio, Pennsylvania, New York, Florida, and California. Call us at 312-462-1700 or complete our online form to schedule a free consultation with a Boston Scientific transvaginal mesh attorney.