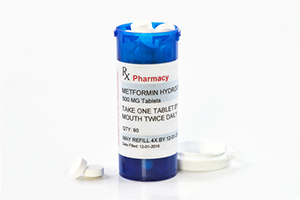 Metformin is a commonly prescribed medication that is used to control high blood sugar levels in patients with type 2 diabetes. Sometimes it is prescribed with insulin medications. Metformin is sold under various names, including Glucophage, Fortamet, Glumetza, and Riomet. Since late 2019, the FDA has been investigating whether there is a carcinogenic impurity in metformin. If you believe that you may have been harmed by a metformin drug product, you should consult the metformin injury lawyers at Moll Law Group.

Metformin is a prescription drug taken daily to keep diabetes. It comes in extended release formulas. In late 2019, the FDA posted lab results that revealed N-nitrosodimethylamine (NDMA) levels in certain metformin products. The FDA determined that the levels were not detectable or were low, and none went over the acceptable daily intake for carcinogenic impurity. However, the FDA continued to monitor NDMA in metformin.

Early in July 2020, a private laboratory reported that NDMA levels were above the acceptable intake limit in 16 of 38 metformin products that they tested. The same 38 samples were analyzed by the FDA, but they observed lower levels of NDMA.

Later in July 2020, several companies voluntarily recalled extended release metformin based on the possibility that these drugs could contain NDMA above the acceptable intake level. In August, the FDA alerted patients and doctors that Bayshore was recalling two lots of extended release metformin. These lots were discovered to contain an impurity that exceeded the acceptable intake limit. A recalled metformin list was published. It contained the following products:

Our metformin injury attorneys know that NDMA impurities can increase the risk of cancer if people are exposed to them at higher-than-acceptable levels over an extended period. However, the FDA does not believe that shorter-term exposure at levels above the acceptable intake limit would result in an increased cancer risk. Accordingly, patients taking extended release metformin that has been recalled are supposed to discuss the risk with their doctors and keep taking metformin until a doctor gives them a different treatment option or replacement. It may be dangerous for a patient with type 2 diabetes to stop taking metformin without discussing it with their health care provider.

In its testing of extended release metformin, the FDA found no NDMA in many samples. The agency determined that the NDMA did not come from an active pharmaceutical ingredient in the drug. The FDA believes that it is possible to make metformin without these impurities, but the root cause of the NDMA impurity is the subject of an ongoing investigation. Our injury lawyers will follow the metformin investigation closely. The agency also has issued a reminder to manufacturers that they have an obligation to develop appropriate ways of detecting impurities, and when new or higher degrees of impurities are found, manufacturers should evaluate them. Manufacturers should make sure that pharmaceuticals are safe for patients.

Suing a Manufacturer for Compensation

If you were harmed by metformin, you may be able to recover compensation through a product liability lawsuit. Generally, pharmaceuticals can be defective in terms of their design, marketing, or manufacturing. When an impurity like NDMA is present in some of the drugs but not others, a manufacturing defect may exist. This means that the danger may result from an error in how the drug was made.

However, it may also be possible to allege design or marketing flaws in a dangerous drug. Design flaws are errors that exist in every iteration of the drug. Marketing flaws most often involve failures to warn of the risks associated with the drug, such as a heightened risk of cancer.

If you were harmed by metformin, you may be able to bring a product liability lawsuit to recover compensation. The seasoned attorneys at Moll Law Group have represented many patients who have been injured by dangerous drugs. Billions of dollars have been recovered in lawsuits in which we have represented consumers. Contact us at 312.462.1700 or by completing our online form.