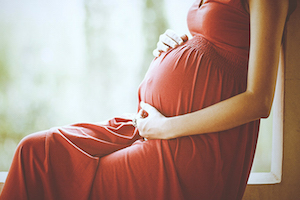 Zofran is an anti-nausea drug manufactured by GlaxoSmithKline. Although it was manufactured to treat the vomiting and nausea associated with chemotherapy, radiation, and certain surgeries, it was also heavily promoted and prescribed off-label to pregnant women who suffered from morning sickness (hyperemesis gravidarum). Our Zofran lawyers are aware that a 2011 study followed more than 900,000 pregnant women and found that Zofran doubles the risk of congenital birth defects like cleft palate and atrial septal defect, which is a heart defect. If your child suffered a birth defect that you believe may have been caused by Zofran or another dangerous drug, contact the products liability lawyers at Moll Law Group to help you pursue compensation.

Morning sickness (hyperemesis gravidarum) is a condition that affects many pregnant women. The condition is marked by symptoms such as persistent and excessive nausea, vomiting, and dehydration. Zofran is a 5-HT3 antagonist that blocks serotonin and stimulates gastric emptying.

The manufacturer did not specifically design the drug to be used by pregnant women, and the FDA never approved it for morning sickness or hyperemesis gravidarum. However, it is believed that the manufacturer directly marketed Zofran to ob-gyns as a treatment for severe morning sickness or hyperemesis gravidarum. As early as 2000, GlaxoSmith Kline may have received 32 reports regarding birth defects in babies born to mothers who used Zofran during pregnancy. In spite of these reports and later reports, Zofran continued to be prescribed off-label.

Zofran has been placed in pregnancy risk category B, which means there is no evidence of risk to humans. Many pregnant women believe this means the drug is safe to take, but most would not have taken Zofran if they were aware of the increased possibility of birth defects in their newborns.

If your child was injured because you took Zofran for hyperemesis gravidarum or morning sickness during pregnancy, a Zofran lawyer may be able to help you recover compensatory damages by bringing a products liability lawsuit. The claim may be brought under any of several theories, such as strict liability, negligence, breach of warranty, and misrepresentation. You need to prove different elements depending on the theory used, but generally you need to show that Zofran was dangerously defective, your child suffered injuries such as a heart defect or cleft palate, and these injuries were caused by Zofran.

There are three ways in which pharmaceuticals may be considered dangerously defective. A drug may have manufacturing defects, design defects, or marketing defects. Most likely, the defect implicated by Zofran is a marketing defect or a failure to warn of the serious risks.

Marketing defects are flaws in the instructions and warnings that accompany a drug. If a manufacturer fails to give appropriate instructions in connection with a product or does not give accurate warnings when it knows or should know that a product is unreasonably dangerous, the manufacturer is likely to be held liable for a failure to warn.

In some instances, a doctor is to blame for inaccurate advice about a product, and he or she may be held liable under a theory of medical malpractice. Under the learned intermediary doctrine, manufacturers have fulfilled their duty to warn by warning prescribing physicians of any risks regarding Zofran. If a doctor has received a warning and fails to pass along knowledge of the risk to a patient, he or she may be liable.

Consult a Zofran Attorney to Protect Your Rights

If your child was born with a birth defect and you took Zofran during pregnancy, the products liability attorneys at Moll Law Group are available to represent you in seeking damages. We assist individuals in states throughout the U.S., such as California, Florida, New York, Texas, Pennsylvania, Ohio, and Michigan. Billions of dollars have been recovered in cases in which we were involved. Call us at 312-462-1700 or use our online form to set up a free consultation with a Zofran attorney.