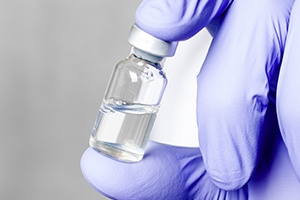 Taxotere is a chemotherapy cancer medication used to treat many common types of cancer, including breast cancer, stomach cancer, lung cancer, and prostate cancer. The medication is administered intravenously, and the amount provided depends on multiple factors, including the patient's height and weight as well as health problems. However, recent lawsuits allege that the manufacturer of Taxotere, Sanofi-Aventis, failed to warn of serious side effects of permanent hair loss. If you believe that you suffered from unexpected side effects of permanent hair loss as a result of taking this drug, the experienced Taxotere lawyers at Moll Law Group are ready to help you pursue compensation. Billions of dollars have been recovered in cases in which our dangerous drug attorneys have been involved.

Taxotere is used to prevent cancer cells from growing and dividing, and it is considered to have greater potency than other similar drugs. The manufacturer claims that the increased potency made it novel, and as a result of this claim, the manufacturer had an exclusive hold on the market and made significantly more money.

A failure to warn that causes an injury is a marketing defect for which a manufacturer, retailer, or distributor may be held accountable. In most states, you may bring a failure to warn claim under a theory of strict liability. The defendant may be held liable for a failure to provide adequate warnings even if it used reasonable care. However, defendants may argue that there was no need to warn because the risk of injury was obvious. In a few states, the plaintiff needs to prove that the failure to warn breached a duty of care owed by the manufacturer and thereby caused injuries. The issue will still be whether the risk was an obvious one.

Sometimes, the evidence may demonstrate that a manufacturer knew of a particular risk associated with the product and deliberately hid it from consumers and the public. If the manufacturer of Taxotere knew of the risk of permanent hair loss and deliberately concealed it from patients in the United States or used purposely misleading statements, plaintiffs may be able to bring a claim for intentional misrepresentation or fraud. Often, it is necessary to conduct extensive discovery, searching a corporation's records, to know whether employees of the corporation knew of and hid a risk. Patients may be able to recover compensatory damages with a failure to warn claim, and they may also be able to recover punitive damages if the manufacturer defrauded them.

Consult an Experienced Taxotere Lawyer to Protect Your Rights

If you suffered serious and unexpected side effects due to Taxotere, such as permanent hair loss, the Taxotere attorneys at Moll Law Group can investigate. Our firm works to secure justice for consumers throughout the nation, including in states such as Michigan, Illinois, Texas, Ohio, Pennsylvania, New York, Florida, and California. Call us at 312-462-1700 or complete our online form to set up a free appointment with a product liability attorney.