UPDATE 4/1/2020: FDA HAS ORDERED ALL ZANTAC PRODUCTS TO BE RECALLED

We are actively representing those who took Zantac (brand) and are suffering from the following types of cancers: Bladder, Esophageal, Gastric (Stomach), Liver and Pancreatic. We are no longer accepting those who took the generic, Ranitidine. 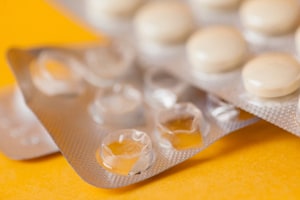 Zantac is a brand of medication used to relieve heartburn. Recently, the FDA announced that there is a well-known human carcinogen, N-nitrosodimethylamine (NDMA), in ranitidine, which is the generic form of Zantac. If you or a loved one took Zantac and developed Bladder, Esophageal, Gastric (Stomach), Liver or Pancreatic Cancer, our Zantac injury lawyers are able to represent you in bringing a product liability claim against the makers of Zantac.

Ranitidine has been available over the counter and by prescription. It is known as a histamine-2 blocker, and the over-the-counter version of it is often used for heartburn prevention and relief.

In September 2019, the FDA announced that an online pharmacy had discovered low levels of NDMA in ranitidine under certain test conditions. The carcinogen was found in all the lots that were tested, across many manufacturers of ranitidine products. More than 26,000 times the FDA’s daily permitted intake of NDMA was found — 2.5 nanograms in each 150 mg tablet of Zantac. Generic ranitidine products are sold by multiple drug companies, including Novartis and Apotex, both of which recalled their generic ranitidine products in the United States. However, recalls are also occurring globally, as our Zantac injury attorneys have observed. In Canada, a federal department asked companies not to distribute ranitidine drugs there on the basis that NDMA might be present in ranitidine, irrespective of the manufacturer.

In early October 2019, the FDA announced that its early and limited testing had discovered unacceptable levels of NDMA in samples of ranitidine. It has recommended that drug manufacturers use a low-heat method of testing, rather than the high-temperature method used by third-party laboratories. The latter method produces NDMA and can result in higher levels of impurities. Drug manufacturers have been asked to send samples to the agency to be tested.

In late October, the FDA announced the release of a second method that manufacturers and regulators can use to test ranitidine samples for NDMA. The FDA is already using this method, which uses a more widespread technology than the previous method. Meanwhile, two companies announced voluntary recalls of ranitidine products: Sanofi and Dr. Reddy's Laboratories, Ltd. Giant pharmacy chains, such as CVS and Walgreens, stopped selling Zantac and its generic counterparts while the FDA continued to review them.

In April 2020, the FDA announced the results of its testing. It determined that NDMA levels increase over time even when ranitidine is stored normally. The levels increase dramatically when ranitidine is stored at higher temperatures, which often happens when the drug goes through the chain of distribution. As a result, NDMA levels in ranitidine may surpass the daily limit that is safe for consumers. The FDA thus asked manufacturers across the U.S. to immediately withdraw all prescription and over-the-counter ranitidine drugs from the market. Zantac and its generic counterparts no longer will be available for any use, including existing prescriptions.

If you take an over-the-counter ranitidine product, you should consider a different medication. If you are engaged in long-term use, you should discuss with your doctor whether there are good alternatives to ranitidine. Sometimes ranitidine can be substituted with another H2 blocker or a medication from a different drug class. There may also be lifestyle changes that can reduce dependence on Zantac.

If you believe that you have been harmed by Zantac, call us at 312.462.1700 or contact us via our online form for a free consultation.

If a consumer’s cancer has been caused by ranitidine, a Zantac injury attorney may be able to help them recover damages through a product liability lawsuit. Product liability lawsuits can be brought with regard to three different kinds of product defects: design, manufacture, or marketing. There might be a design defect, for example, if a drug was not formulated in a way that minimized foreseeable risks. Usually, marketing defects involve a failure to warn. If, for example, a manufacturer knew that NDMA was present and could cause cancer, it may not have provided adequate warnings related to the long-term use of ranitidine.

If your Zantac injury lawyer can establish liability, you should be able to recover damages. In most cases, the damages are compensatory, meaning that they are awarded to put a plaintiff back in the position in which they would have been had they not been harmed.

People who take Zantac should be concerned about the Zantac recalls. Moll Law Group is a Chicago-based product liability firm that is familiar with the risks associated with ranitidine, as well as many other kinds of dangerous drugs. We are staying on top of the developing news about ranitidine. If you believe that you have been harmed by Zantac, call us at 312.462.1700 or contact us via our online form to tell us about your situation.

Dr. Reddy's Confirms its Voluntary Nationwide Recall of All Ranitidine Products in the U.S. Market

Dr. Reddy's Laboratories Ltd. (BSE: 500124, NSE: DRREDDY, NYSE: RDY, along with its subsidiaries, together referred to as "Dr. Reddy's") confirms it had intiatiated a voluntary nationwide recall on October 1, 2019, (at the retail level for over-the-counter products and at the consumer level for prescription products) of all of its ranitidine medications sold in US due to confirmed contamination with N-Nitrosodimethylamine (NDMA) above levels established by the FDA. This recall follows the USFDA's caution note alerting patients and health care professionals that NDMA was found in certain samples of ranitidine. To date, Dr. Reddy's has not received any reports of adverse events related to the recall of Dr. Reddy's Ranitidine products. The recall includes all quantities in the US that are within expiry.

Risk Statement: NDMA is classified as a probable human carcinogen (a substance that could cause cancer) based on results from laboratory tests. NDMA is a known environmental contaminant and found in water and foods, including meats, dairy products, and vegetables.

Why is Zantac Recalled?
Zantac has been recalled after the FDA found elevated levels of NDMA - a known carcinogen - within the medicine.
What are the long term side effects of Zantac?
Some of the long term side effects of taking Zantac can include the following cancers: Bladder, Esophageal, Gastric (Stomach), Liver and Pancreatic.
Can NDMA cause cancer?
Yes. NDMA (N-nitrosodimethylamine) is classified as a probable human carcinogen, which is a substance that could potentially cause cancer.
Does Zantac cause cancer?
The risk of getting cancer after taking Zantac has significantly increased after the FDA announced that preliminary tests found extremely high levels of NDMA - a probable carcinogen - in the heartburn medicine.