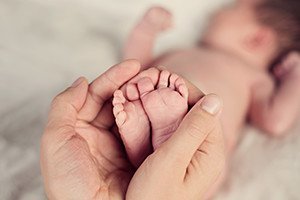 Prozac is a well-known selective serotonin reuptake inhibitor (SSRI) manufactured by Eli Lilly & Co. The FDA approved it in 1987 for treatment of depression. Over the years, its treatment uses have expanded, and it is now prescribed to treat premenstrual dysphoric disorder, eating disorders, OCD, and panic. However, Prozac has also been identified as a potential cause of birth defects. In many cases, patients have not been adequately warned that if they continue to take the drug during pregnancy, their child may suffer from autism and birth defects, such as cleft lip, clubfoot, anencephaly, craniosynostosis, and tetralogy of fallot. If you took Prozac during pregnancy, and your child requires special care as a result, the experienced Prozac lawyers at Moll Law Group are available to help. Billions of dollars have been recovered in cases in which our dangerous drug attorneys were involved.

Medical studies link Prozac use with an increased risk of birth defects in newborns. For example, one 2011 study found a risk of isolated ventricular septal defects. In some cases, doctors require patients to sign documents before writing an anti-depressant prescription in order to protect themselves. When there are serious adverse consequences of taking a pharmaceutical, manufacturers are required to provide adequate warnings about them.

A failure to warn theory is commonly raised in Prozac birth defect litigation. It is one kind of defect that may give rise to product liability. Two other types of defects are manufacturing defects and design defects. Many women would not take Prozac if they received adequate warnings about the risks.

One of these is the learned intermediary doctrine. Under this doctrine, a manufacturer discharges its obligation to warn consumers by warning physicians. The obligation then passes to the physician to warn the patient and engage in a risk-benefit analysis about using the drug during pregnancy. The rationale is that patients' health is best served by engaging in this analysis with their doctors, and doctors are better situated than manufacturers to determine whether an individual patient's condition warrants the use of the drug at issue.

In some states, a plaintiff must establish the manufacturer's negligence because strict liability is not an available theory. The plaintiff will need to establish that the defendant had a certain duty of care, that the failure to provide an adequate warning breached that duty, and that the failure to warn was the cause of the baby's defect. Often at issue is whether the injury was obvious or could not have been predicted.

Explore Your Options with a Prozac Lawyer

Many mothers would not take Prozac during their pregnancies if they understood the risks involved. If your newborn suffers birth defects as a result of your Prozac use, the Prozac attorneys at Moll Law Group are ready to help you pursue compensation. Our firm represents injured people nationwide, including in Illinois, Michigan, Ohio, Pennsylvania, Texas, New York, Florida, and California. Call us at 312-462-1700 or use our online form to set up a free consultation with a pharmaceutical injury attorney.