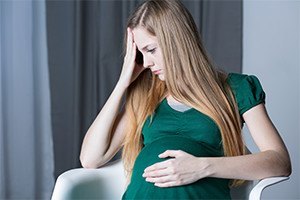 Zoloft is a selective serotonin reuptake inhibitor (SSRI) manufactured by Pfizer and introduced to the market in 1991. Its generic name is sertraline. Zoloft is a widely prescribed antidepressant, but it has been linked to birth defects and autism in babies whose mothers used it during their gestations. If your baby suffers a birth defect that you suspect is related to your use of Zoloft during pregnancy, the Zoloft lawyers at Moll Law Group are available to file a lawsuit to pursue compensation on your behalf. Billions of dollars have been recovered in cases in which our dangerous drug attorneys have been involved.

Liability for Injuries Caused by Zoloft

Zoloft has been linked to several kinds of birth defects, including cleft palate, spina bifida, and persistent pulmonary hypertension. Some of the defects are fatal or may necessitate expensive surgeries or lifelong care. Lawsuits allege that Pfizer failed to adequately warn pregnant mothers about these risks.

A failure to warn is one of several different marketing defects that may give rise to a product liability lawsuit. A theory of strict liability may be used by a Zoloft attorney to bring a failure to warn case in most states. When there is an inherent danger in using a product, and no amount of care in manufacturing or design could prevent the possibility of harm to the user, the manufacturer is obliged to warn the user. However, in dangerous drug cases, manufacturers discharge their obligation by warning doctors, who are expected to discuss the risks and benefits of the drug with their patients.

In order for a manufacturer to be held liable for a failure to warn, the manufacturer's actions must be a substantial factor in causing the injuries. It may be particularly difficult for a plaintiff to establish causation in failure to warn cases involving antidepressants. Specifically, it may be challenging to prove that if she had received an adequate warning, she would have changed her decision to take the drug, and her baby would not have been injured.

In certain jurisdictions, however, there is a presumption that if an adequate warning were given, it would have been read and followed, thereby preventing an injury to the baby. This presumption is often based on comment j of section 402(a) of the Restatement (Second) of Torts, which provides that in order to stop a product from being unreasonably dangerous, a seller must give directions or warnings as to its use, and when warnings are given, the seller can reasonably assume they will be read and followed.

If you are able to prevail in a product liability lawsuit based on birth defects, you may recover compensation on behalf of your child. Among the forms of compensation that may be available are economic items, such as medical bills, the cost of necessary therapy or rehabilitation, and the cost of future surgeries and treatments. You may also be able to recover non-economic forms of compensation, such as emotional distress, loss of quality of life, and pain and suffering.

Although it is challenging to prove in court, many mothers would not have taken Zoloft during their pregnancies if they understood the risks to their babies. The Zoloft attorneys at Moll Law Group are available to help you pursue compensation if you find yourself in this difficult situation. Our firm represents people nationwide, including in Texas, New York, Illinois, Michigan, Ohio, Pennsylvania, Florida, and California. Call us at 312-462-1700 or use our online form to set up a free consultation with a pharmaceutical injury attorney.