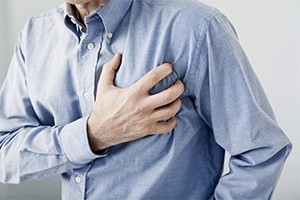 Some popularly prescribed FDA-approved medications may cause or increase the risk of heart attacks. Among these drugs are type 2 diabetes drugs, NSAIDs, proton pump inhibitors (PPIs), and over-the-counter pain relievers. If you suspect you suffered a heart attack caused by a medication that you were taking, the dangerous drug liability attorneys at Moll Law Group can help you pursue compensation. We represent consumers around the country, and billions of dollars have been recovered in cases in which we have been involved.

One way in which a drug may be defectively marketed is if the manufacturer fails to provide adequate or accurate warnings about dangerous side effects. If a heart attack is a possible side effect of a drug, or there is an increased risk of a heart attack based on a consumer's use of a particular drug, there should be a clear warning to this effect.

Although the manufacturer is obliged to warn, a manufacturer generally discharges the duty to warn under the learned intermediary doctrine by warning doctors of dangerous side effects like heart attacks. The rationale is that a doctor is in a better position to warn a patient and help the patient balance the pros and cons of taking a particular drug. For example, there may be instances in which it is worth it to a patient to take a drug, knowing the risk of a heart attack, if the condition that is being treated is dangerous, and the risk of a heart attack is very low.

It is important to include all potential defendants when bringing a dangerous drug case. Potential defendants include anyone in the chain of distribution. Often, a pharmaceutical manufacturer may be held strictly liable for injuries caused by a drug that it manufactured, formulated, and marketed. Other possible defendants include a testing laboratory that is independent of the manufacturer or a pharmaceutical sales representative who failed to warn of a particular side effect. In some cases, a doctor or pharmacist may be held responsible under a theory of medical malpractice.

If your heart attack resulted from a pharmaceutical that was poorly designed or marketed, a dangerous drug liability lawyer at Moll Law Group can investigate your case and sue the responsible parties. We provide legal representation to consumers nationwide, including in Illinois, Ohio, New York, Pennsylvania, California, Texas, and Florida. You can contact us online or call us at 312-462-1700 for a free consultation with a product liability lawyer.