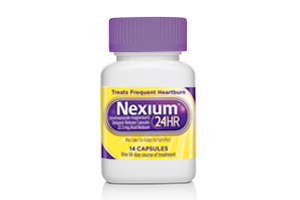 Nexium, a proton pump inhibitor (PPI), has been touted as a safe drug to treat gastroesophageal reflux disease (GERD), peptic ulcer disease (PUD), heartburn, esophageal acid damage, and certain ulcers. Proton pump inhibitors, including Nexium, work by blocking stomach acid production. However, our Nexium lawyers are aware that data has emerged that this drug may not be as safe as previously believed. The reduction in stomach acid associated with these drugs may result in significant vulnerability to infection and nutritional deficiency. Recent studies also suggest links to acute interstitial nephritis, chronic kidney disease, and renal or kidney failure. If you suffer injuries or harm after taking Nexium, the experienced dangerous drug attorneys at Moll Law Group are available to help you pursue compensation.

Nexium lawsuits are being brought against their manufacturer, AstraZeneca. Plaintiffs allege that consumers have suffered acute interstitial nephritis, chronic kidney disease, and renal or kidney failure after using PPIs. Researchers have recommended that doctors suggest alternatives and avoid prescribing these drugs indiscriminately. Nexium attorneys allege that the drug manufacturers should have known about the risks to kidney health, but they failed to warn doctors and patients.

There are three types of defects that may be alleged in a product liability lawsuit: marketing, manufacturing, and design defects. A failure to warn is a common marketing defect, particularly in dangerous drug cases. Manufacturers continue to have a responsibility to monitor the products they sell and provide warnings about newly discovered risks after a drug is on the market.

Most states follow the learned intermediary doctrine. Under this doctrine, a prescription drug manufacturer takes care of its responsibility to warn a consumer of medication side effects by providing warnings to doctors. The rationale behind this theory is that doctors are better situated to determine whether a particular consumer is a good candidate for a particular drug prescription. For example, a doctor may have information about a particular patient's kidney problems that allows the doctor to know that the patient is an especially poor candidate for Nexium PPI use. When a doctor knows of significant risks but fails to provide warnings to a patient, the doctor rather than the manufacturer may be held responsible for subsequent harm to the patient.

If you can establish a prescription drug manufacturer's liability for a failure to warn or another product defect in connection with PPIs, you may recover economic and noneconomic compensation arising out of the failure. For example, you may be able to recover compensation for medical bills for past and future treatment for adverse medical conditions like kidney failure, lost income from time you needed to spend obtaining treatment, and pain and suffering. Some states follow different rules regarding which damages are recoverable and to what extent.

Explore Your Options with a Nexium Attorney

When your physician prescribes you a pharmaceutical, you do not expect to be left in a worse condition than if you had not used it at all. In this situation, the dangerous drug lawyers at Moll Law Group are available to help you pursue any and all appropriate compensation. Billions of dollars have been recovered in cases in which our Nexium lawyers have been involved. Our firm represents consumers harmed throughout the nation, including in states such as Illinois, Michigan, Texas, Ohio, Pennsylvania, New York, Florida, and California. Call us at 312-462-1700 or complete our online form to schedule a free consultation with a product liability attorney.